Welcome to our site 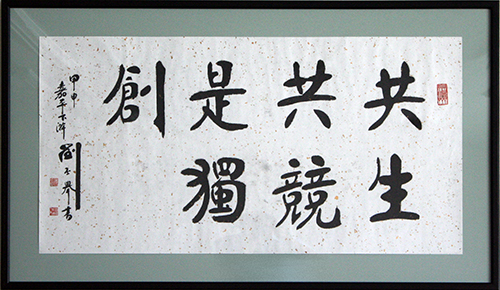 It is 29 years since our company restarted operations as Ferric Inc., a research & development company. During these years, in order to carry out our corporate motto, "Contribute to the international society by evolving the cultures into our products," we have dedicated ourselves to materialize the products that will create the most suitable circumstances for the biological objects by controlling the temperature and the moisture.

As we try to make the optimal circumstances for the human bodies as well as for preserving and transporting agricultural products by local warming, it has been always on our mind to bring out such products as are deeply rooted in the Japanese traditional culture and can provide "feeling of safety," not to mention "safety" itself, and thus to contribute to the international societies. Lately we are also putting our efforts on more design‐oriented products by orchestrating the Japanese and the western cultures together.
All of us at Ferric are working with our company philosophy in mind, “Creativity is born from both mutualism and competition; the former will bring about the feeling of security to live together and the latter will impose the seriousness.” We will keep developing the materials of originality as well as proposing the products of both functionality and good design and thus to contribute to fuse the world.

March, 1978
Sun Technicals Co., Ltd. was founded for producing and marketing the petro-chemical products
as well as its technical guidance. As an outcome of its projects, the technology of disposable
air-activated heat packs was established.
April, 1982
Sun Technicals participated in SC Jhonson' s project for developing air-activated body-warmer
for medical use.
April, 1984
The joint research for hyperthermic objects for medical use was started with the Industrial
Technology Institute of Tokyo University.
June 1st, 1985
Company name was changed to Ferric Inc.
August, 1987
Medical device "Thermoship," the air-activated heat plaster, was developed and started
distribution to the medical institutions with the technical guidance.
April, 1989
Ferric started the production of "adhesive packing objects for air-activated heat plasters".
April, 1991
Jointly developed with Mitsui Chemical and Shiraishi Calcium, Ferric started the production of
the moisture-control-film "MC Film".
August, 1994
Production of "the adhesive packing objects for medical use" was started.
1996
Basic study for DDS by heating was started with the Faculty of Computer Science and Systems
Engineering of Kyushu Industrial University.
1997
Joint study for the physiology of heating was started with Research Institute of Environmental
Medicine of Nagoya University.
December, 2001
Department of Patent Management and Strategy was separated and Scylix Inc. was established
with the cooperation of Scylix Patent Office,.
March, 2005
Private Ltd. Company, Ferric’s Laboratory, was merged.
June, 2005
Oyama Development Center was opened.
June, 2011
Head Office was moved to the present address.
November, 2012
Production and distribution of "Hoteat" were started.
December, 2012
Shanghai Ferric International Trading Co., Ltd. was established